“Sven uses metaphors that stay with you”
Leah Cohen – Write Angle
Over the last 10 years I have achieved much as a performing poet, perhaps most notably in 2016 I was crowned the Bristol Slam Champion. I also reached the semi-finals of the Hammer and Tongue national championships at the Albert Hall.

Outside of competitive poetry, I’ve headlined shows all over the UK, performed internationally, and shared stages and billings with the likes of Buddy Wakefield, Shane Koykzan, Joelle Taylor, and Kate Tempest. I’ve worked with Dizraeli, and supported Neil Hilborn on a number of UK tour dates.

My 3 person Show, Black Dog, a series of interlinked poems and perspectives on mental health, was performed at the Wise Words festival and received great feedback after being sold out.

BBC Radio has featured my work multiple times, and I have been printed in numerous publications. This includes Ingenue Magazine, an art and culture magazine here in the UK, and Perversion magazine, an American publication based out of Jacksonville, centred on alternative culture.
I’ve run workshops and tutored different age groups in a variety of programmes. With the Wise Words festival, I worked to support their aim of engaging new, and often socially, economically, and culturally disadvantaged audiences through poetry. I also worked with Music for Change’s Inspire programme that focused on providing the opportunity to develop new, creative, and culturally diverse skills to over 1150 young participants.

In Bristol, I ran my own Spoken Word night, Inkbomb, and my own radio show on G3, called beaten words, both focused on promoting new outlooks and artists.

In 2018 I presented a documentary on poetry in the South West of England. This highlighted the differences and similarities between Bath and Bristol, two neighbouring cities that often have significant rivalry and overlap.

Most recently I’ve hosted an online round table discussion on sobriety in the arts.
​
2021 will see my debut book “This is your tragic back story” published with Whisky and Beards. 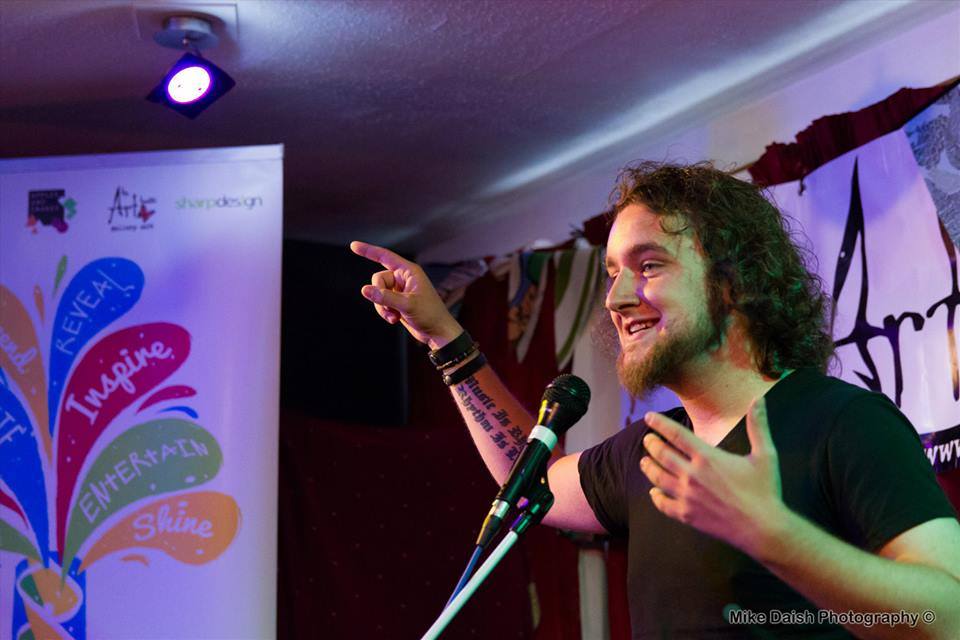